Many years ago I had an inkling to write something different than what I was used to doing. I was always about writing gangster stories, detective stories, things that look right with a hazy neon sign and a puddle of water with some mist in the air and the low rumblings of a boozy nightclub in the distance. For some reason (I don’t remember anymore) I wrote it in a spoken word context and it just flowed out of me.

So my dad comes up the stairs and I read it to him, and he loves it and tells me I have to do something with it. That would take 6 years, but that monologue would finally blossom into a story intertwined with other characters that are all connected, some through memory, some through blood, but all impacting each other, mostly in the worst of ways. I wrote 4 of the monologues and created a 5th character (The Daughter performed by Hilary Walker). A second writer wrote the character of The Daughter and a Poet character.  Revised versions of the initial script will include a completely revamped Daughter and potentially a new 6th character.

Festival of the Offensive

After a well received run at the Buffalo Infringement Festival of 2013 (see local Dramatist’s Guild head Donna Hoke’s article here), we submitted to and were accepted into the Festival of the Offensive at The Producer’s Club in Manhattan for the first (and sadly only) F-Off Festival. Though the crowds were small we performed our hearts out and gave the goers a unique experience that hit home. We won Best Drama. We did it as a straight shot without an intermission, which was a far better choice than having an intermission (though we sold cookies in Buffalo at intermission so who can say!) 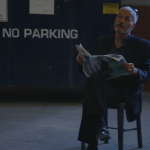 Peter as The Boss – Buffalo performance 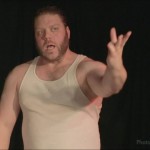 The Narrator on stage at the Producers Club 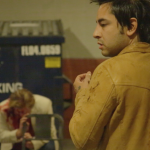 Tony as Danny – Buffalo Run only – Bryan Stoyle as Charlie