Day Two brought us our second short: Click Chamber The Mosiah, the beginnings of a character that was not in the initial source material. We worked today on a scene that shows his thought process, attitudes, and motivations. We show the first glimpse to the world of Ribbon Candy, the drug that pervades this universe and the catalyst for all the chaos; we meet Cribbs and Diesel, two characters from the same cloth, but torn in different directions; and we meet Johnny, a fringe character but the one who’s responsible for what will be a tragic series of events.

We were afforded the rights to film at The Gypsy Parlor for our day 2 shoot and what a day it was.The place has such a unique vibe and when I walked in about a month earlier for scouting purposes the first thing it reminded me of was the club in Mean Streets. When the lights are dimmed and the music is playing and the chatter is abundant, it has that 70s feel that I knew would be a perfect fit for character of The Mosiah.

We managed a really great long shot that I conceived in my mind the first time I set foot in the place, and we really tried to take advantage of the space and decor. This story didn’t require a specific stilt to shooting the way The Daughter’s did, so we added some cool matching shots and just let the space breathe a little more.

The Mosiah (Kinzy Brown) is the other kingpin in our version of Buffalo. He’s grown to be one of my favorite characters in the universe. He’s a man that should be in deep conflict everyday, but he isn’t. He’s a preacher, an urban community leader, drug kingpin, former drug addict / pimp. He’s referred to by others as ‘The Preacher Pimp’. The one that always eats better than his flock. He’s interested in helping the community, but the underlying theme is always what’s in it for me?

Accompanying him is Cribbs, and they have a very complicated father and son type relationship. This isn’t drawn out in this short, but I think the underlying tone is there. I remember when Alex asked me…who is this guy? And I explained the character, who is based on a kid I knew for years growing up on the East Side of Buffalo; there’s a lot of based in truth to this thread of the Click Chamber universe.  When it came to The Mosiah, I said it is bluntly as I could… Alex, you know that Aunt or Uncle in your extended family, who maybe isn’t even your blood relative, but you’re close to? And you know how that person, no matter what you’ve done or how old you are is always still looking at you like… BOY? What are you doing? And Alex laughed, and the rest is history. Cribbs’ back story goes back to a common theme in urban America; poverty, lack of intent, who found structure in sports (football), jacks it up to high heaven, complicates his life either side of jail, and then is lost with nowhere to really go, all while ending up being only 30 years old.

The Mosiah wants more for his surrogate son, but in the end, he is who he is too. Nothing is changing, and the cyclical nature of the Click Chamber universe sucks it all dry.

The other major player here is Diesel, Cribbs’ childhood friend, who has remained clear of the supreme lows Cribbs has endured by being defined by mediocrity. He’s just kind of coasting, and the next scheme is always better than the next, but there’s no thought to his actions.

The last piece of the puzzle is Johnny (Dustin Hummel), who has such a low physical footprint on our story, but in the end proves to be the biggest catalyst in the pipeline of Ribbon Candy coming to our fair city of Buffalo. 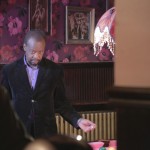 Kinzy as The Mosiah 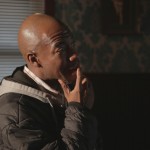 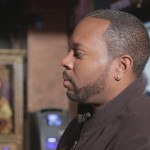 This shoot in many ways proved to be our most challenging. We had a very specific window in which to do everything, given that the business has to well, operate as a business. We had a strict 5pm wrap time, and had to get through 5 pages of script in 7 hours.  This was in many ways the most straightforward shoot, but also had the most dialogue and back and forth which requires appropriate coverage. This was also the day we really could have used an extra set (or 2) of hands to give Bill some help with equipment and lighting. I am grateful for Don lending Bill a hand both Saturday and Sunday.

Gypsy Parlor was also our LARGEST space by far, and even though it’s not a mile long stretch those extra steps can add up. This was also our largest shoot personnel wise with the most background talent and main characters. Josh was acting for the first time, the wind was going crazy outside and we were flirting with rain too… so you can see all the ways this could’ve turned into a hot mess.

And it was challenging, and crunchy, and we were definitely under the kosh the entire time… but we wrapped at 5:03 PM! We had a fabulous gourmet lunch, all the background talent was there on time, followed direction, took their jobs seriously, and my main men absolutely killed it. Dustin was only needed for a short time on screen but arrived before I did to help out, set up, and everything else. There’s something to be said when people go further for you because they believe in what you’re doing. I couldn’t be prouder of my people for the efforts they put in.

We also had a lot of fun, and savvy viewers will even notice a little bit of universe continuity, not to mention some of Buffalo’s finest…talent… 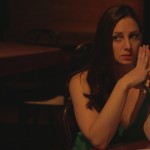 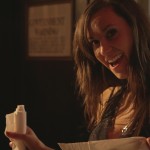 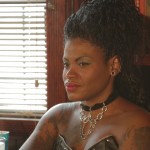